How I’ve Cut Back on Beating Up on Myself

Dear Nicholas, I’ve stumbled onto a method that’s helping. I’ve cut in half the amount of time I torment myself daily over old sins, blunders, and regrettable moments. I didn’t think it was possible: less beating up on myself. I’d come to think some self-berating was my fate. 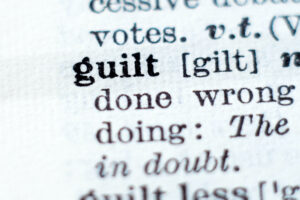 I’ve understood for years now the reason, or at least name for, this habit: it’s, as you know, obsessive-compulsive disorder, the kind called scrupulosity that expresses buried anxiety through the effort to commit no sin or error. Obviously a hopeless ambition, and especially damaging when one result is obsessing over words, actions, and even “wrong thoughts” from long ago, as far back as early childhood.

Medication has helped enormously since I started it, now twenty-four years ago.  Before that I often felt as if I were navigating through moving strands of barbed wire, trying to dodge guilt episodes. With the meds, I stepped into astonishing mental freedom. 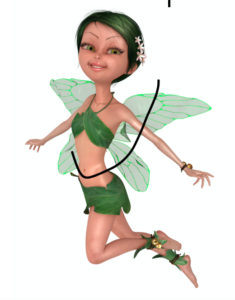 These days most bad thoughts suddenly surfacing are no more than little jabs, but unpleasant all the same, and I’m not one to leave well enough alone.

So I decided recently to try a new approach: whenever such a troubling thought lurched into my consciousness, I was to think, whether I meant it or not: “I forgive myself.”

I began doing that–and immediately wanted to know for sure if the habit was decreasing.

I started counting how many “guilt jabs” I was feeling a day. The number quickly dropped from a dozen or so  to half a dozen. And only one of those in all these recent weeks has been more of a “guilt stab,” more seriously painful. 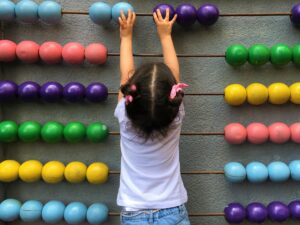 It seems to me that the counting is helping at least as much as the forgiving, probably a lot more.

That’s ironic because counting and keeping score on one’s self are such common symptoms of OCD. Without meaning to, I’ve harnessed the energy that went into a symptom and made it part of diminishing the problem. I like the neatness of that.

What I found in the counting was a better sense of the kind of thoughts I was using for tormenting myself. I was shocked to discover that the painful thoughts were more often memories of embarrassing moments than of times when I did something hurtful or damaging to someone else. 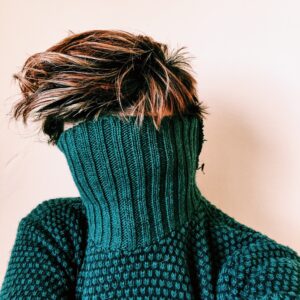 I had no idea that this was so, and it puts the whole matter more into the category of wounded vanity than of guilt. I suppose I could now start berating myself for the vanity, but I just don’t feel the impulse. Anyway, my own wounded vanity is far easier to deal with compared to guilt over doing harm.

Can’t say that I’m convinced that I really forgive myself for anything. But repeating the sentence in my head alerts me to what’s happening and distracts me from the original thought. So the forgiveness mantra helps, even if it’s only by diverting my attention.

Another possibility is dealing with the other main category of bad thought, which is sins I might commit in the future. For example, fear of putting something in a place where it could fall on someone or trip them. Maybe if I start counting those thoughts, they will diminish as well.

But enough for now.

I’m happy with the current change.

Getting the bad thoughts under better control became more important lately probably because Bob is going through radiation. I don’t worry about this in a conscious way. We’re assured he’s going to be fine. And he seems to be doing well–also, he’s being a terrifically good sport about handling the cancer diagnosis and treatment. Doing better with it than I am: I’ve felt as if my drugs were struggling to do their usual job. I have a lot of the wildly intricate dreams that usually indicate change in the dose. 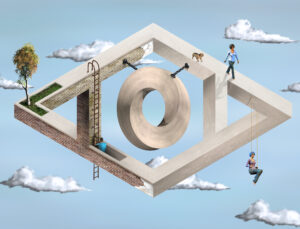 So maybe the increased stress has led me to seek a better solution to my own health problem. There’s frustratingly little I can do about his.

I do like a silver lining, always try to wring some significant good out of difficulties, even as I also have managed to wring some cause for self-berating out of even the best of times.

Well, maybe I’m getting a somewhat better grip on beating up on myself. Especially now that I know how much time I’ve spent on nothing more serious than my embarrassing moments and stupid moves.

Wish me vigorous persistence in this, please. No, make that relaxed persistence.  I really want this change to last. 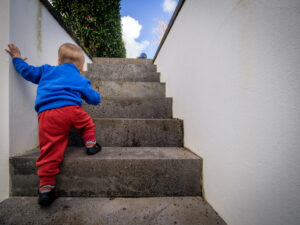