The Emotional Jolt of Sudden Change 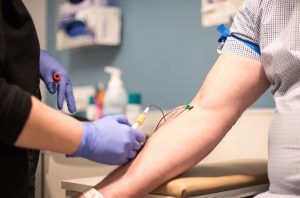 Dear Nicholas, Compared to a death or winning the lottery, this wasn’t a huge emotional jolt. But still, it felt like the jarring of the spine that happens when you expect there to be one more step down and there isn’t. Instead, foot hits floor sooner and faster than expected.

Husband Bob was scheduled to have a bit of surgery Monday, a shoring-up of a wobbly spot in his aorta. Not the monster emergency chest-cracking kind of heart surgery he had three years ago,

but not an outpatient experience either.  It was to be several days in the hospital and then staying home from work for two weeks.

He checked in to start surgical prep mid-afternoon Sunday. The necessary testing and checking went on well into the evening and then started up again at 4 a.m. Monday morning.  I was keeping him company on the visiting-loved-one recliner in the corner of his room. Neither of us got much sleep. 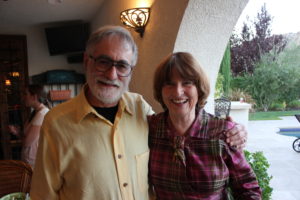 At 6:30, he was prepped and ready for the 7 a.m. procedure and I was let in to sit with him in the curtained bay outside the operating room. Then the surgeon arrived. And discovered that an infection in Bob’s left heel hadn’t fully healed. And called off the operation because he didn’t want the added risk of those microbes. We were stunned. The arduous prep, the anticipation were for nothing?

So call and stop my brothers who were en route, despite my protestations, to sit in the waiting room with me, my nearby brother Harry and Franc from three hours away.

It was over. Done for now. Everybody go home.

Bob and I, shocked as we were, could hardly argue against the delay. Safer is better. And this was the same aorta surgeon who saved Bob’s life  against daunting odds December three years ago. 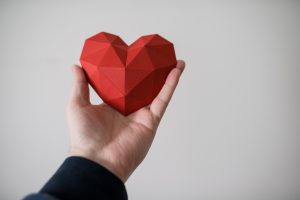 But Bob had already cancelled his psychotherapy patients for the days ahead. I had kept space clear in my schedule to be with him and to work at home. Christmas shopping was done, as if this past Monday was the 25th.

By late afternoon, the hospital paperwork, etc., was put in reverse and he was released. We made a stop at the grocery store and went home for a normal evening.

My whole system felt dislocated by the shock.

Bob and I were both exhausted, rattled, and drained.

There seemed to be no remedy but to tolerate the jarred feeling and then get some sleep.

Is a sudden change like this something to expect and always be ready for? I do recall the Girl Scout motto: Be prepared. I’ve always viewed that as making sure to have some cash, some gas, a working flashlight, and a couple of granola bars–not that I have made a habit of that. How is one to prepare for sudden involuntary emotional u-turns, large or small?

I’ve since heard about a woman who had organ transplant surgery called off at the last minute–twice!!–once when she was already in the operating room. The third time the transplant did take place and was a lasting success. Puts our jolt of sudden change in some perspective.

Of course, when it’s a life-changing shock–the sudden death of a loved one, for example–the lingering vibrations can go on forever.

Anyway, our experience surely is a reminder that things change direction quickly. Maybe the only preparation is to appreciate how things are while they are. And to know that a bad situation may not be permanent, may suddenly change for the better.