Getting Trapped in a Silver Lining

To throw off a personal misery, a helpful question is: what am I getting out of it? What benefit do I get from the problem that might prevent a cure? Silver linings can be a trap, a real deterrent to making the full effort to solve the problem. I do know this, my friend. And yet…

I’m startled to find that I’ve never asked myself until recent days what I’m getting out of my knottiest and longest-running personal problem: the kind of OCD known as scrupulosity, the burdensome preoccupation with my own sins and mistakes, real and imagined, from today back to early childhood. 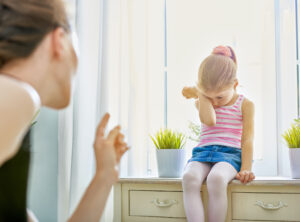 Also, the fixation on potentially damaging mistakes that I must be careful never to make. (One especially nutso aspect to this: I agonize over rather minor crimes yet feel relatively untroubled by a few life choices that really deserve some guilt. Note that I’m not giving examples.)

As with so many problems, a hidden benefit can seem hard or impossible to imagine. That’s my excuse for never having asked myself.

The idea of asking myself only occurred to me recently when I read a piece by Franciscan friar, Father Richard Rohr, founder of the Center for Action and Contemplation. He was speaking to Christians, but his message strikes me as universal.

“For many Christians…all that is important is their private moral superiority and spiritual “safety,” which is somehow supposed to “save” them. It creates what I am now calling a ‘cult of innocence,’ not any real human or divine solidarity.” 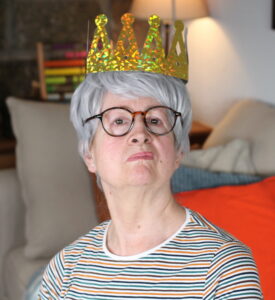 What Jumped Out At Me

It was the phrase “private moral superiority” that seized my attention, caused me to cringe. Is it possible? Am I harboring a sense of moral superiority. How could that be when I am so often swimming in guilt? (Though with medication now, I rise out of it fairly quickly, when pre-med it would take typically three intense days.) 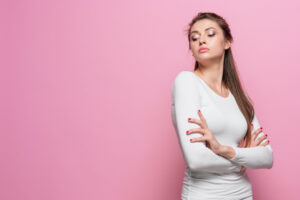 To Get Back To My Question

I can think of one occasion when I convicted myself of self-righteousness. I was talking on the phone with my friend Laurel about the scrupulosity problem and she said something about my somehow throwing off the guilty way of thinking.  The whole swarming prickly blanket of self-accusations. I actually said aloud, “But then I’d be like everybody else.”

As soon as I said it, I knew it would be good to treat it lightly, as a mostly joking comment. Because it was pretty obnoxious. Now I’m wondering if it was a joke at all.

Could It Be True?

So to  what degree am I berating and accusing myself in order to feel “above it all,” to feel that I’m trying to meet higher-than-average standards. I don’t meet those standards. But I’m now thinking that by trying to do so I apparently get something I want: membership in a very narrow “cult of innocence”. (The look and the voice of the Saturday Night Live character played by Dana Carvey comes to mind: Enid Strict, the Church Lady.)

I’m at risk of turning this awareness into another source of guilt, the sin of sanctimony. But at the same time, there’s also the glimmer of a possibility that I could use it in order to lose it, could label all my self-berating as self-righteous and therefore bad. Surely there are other ways to distinguish myself–if I must–than by striving to be a priggish, ethically finicky, goody two shoes.

Well, I’m going to see what I can do with this little discovery. Will let you know how it goes.

Tags: asking myself, be like everybody else, berating and accusing, Center for Action and Contemplation, cult of innocence, Dana Carvey, divine solidarity, Father Richard Rohr, Franciscan friar, getting caught, getting trapped, goody two shoes, guilty way of thinking, hidden benefit, meet those standards, moral superiority, ocd, personal misery, prevent a cure, scrupulosity, self-righteous, sin of sanctimony, source of guilt, the Church Lady, what am I getting out of it?