This is not a ploy to get people to say encouraging things to me. Nothing anybody could say would help.

I have no excuse for this terrible mood. Quite the reverse.

I went with Bob today for his final check-up at Duke hospital after a medical adventure that began in December, involved three hospitalizations, and nearly killed him.  Today’s results? He’s doing great! He’s healthy! And I am so grateful.

We came home in early afternoon. I settled onto the sofa with my laptop to do some work. I woke up four hours later, with the computer slipped off into the cushions.  I’d dreamed I was still working on my novel Cobalt Blue, published three years ago.

Woke up feeling like, what? I don’t even know. Feeling discouraged about my novel-in-progress not matching current publishing trends. Not a new situation for me. I seem to be allergic to the zeitgeist. I don’t think I’m just being rebellious, but how would I know? Maybe the close of this medical saga frees my mind to think more about work.

Feeling low low energy. Of course, it makes sense; today’s medical report tells me that one rather challenging chapter of life has ended well. So it’s safe for me to sag a bit. 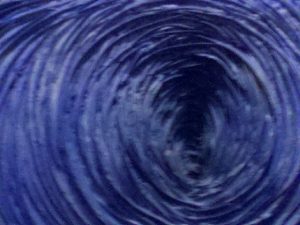 Detail of a piece of art that caught my eye. Illustrates feeling worthless

I’d rather be feeling celebratory. And I am indeed so profoundly relieved.

I already knew, though, that he’s doing great. Today’s report just confirmed what was already clear to me and to Bob.

Maybe it also feels safe now to have a gut-awareness of how things might have turned out. And to feel how helpless I’d have been to change the outcome. Bob seems to think that’s what’s bugging me; that and facing the fact of his/my “ultimate demise.” No doubt that’s true, along with whatever else.

I did a little exercise. Didn’t help.

Kicked myself for squandering time neither working nor playing, instead “resting” when I wasn’t even tired.

I watched a Netflix episode of Scandal, a guaranteed mood-improver. Anyone who has seen any of Scandal will recognize this as sarcasm.  Actually there were a couple of you-can-do-it-I-believe-in-myself speeches in the show that I told myself to take to heart. Can’t say that it worked.

Writing this is starting to lift the dark cloud, though, which is irritating. I don’t get to decide my own mood? Now I find myself fighting the impulse to stop feeling worthless. Which reminds me of lines in a Rilke poem quoted in a post by Franciscan priest Richard Rohr:

Let everything happen to you: beauty and terror.
Just keep going. No feeling is final.

That’s all for now.