What’s With My Lifelong Fear of Math? 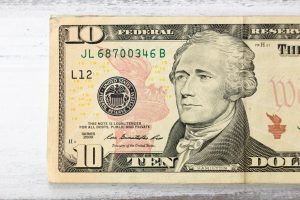 Dear Nicholas, Why should I or anyone have a lifelong fear of math? “Feel the fear and do it anyway” doesn’t work, at least not for me. Yesterday I included two bills with a bank deposit, a twenty and a ten. The teller at the drive-through had to tell me that twenty plus ten does not equal twenty-five.

I think that error came from hastiness and the hastiness came in large part from wanting to get done with the task. Blips of not-thinking seem to be one way I approach numbers.

BTW, I consider looking at numbers to be math.

And using a calculator involves looking at numbers.

Anything can go wrong.

With money, the problem is more pronounced because errors can have real-world results.

And I’m the CFO of our household and our two businesses. Bob has more confidence in my ability than I do. And perhaps the fear has made me on the whole more careful than a confident bean counter might be. I doubt it, but maybe.

The Problem of Expecting to Be Wrong

My lack of confidence led in one instance to my assuming I was wrong when I was right.  I wrote about this a while back; the IRS discovered an error in our taxes. I fell into mea culpas, berating myself at great length. Then I learned the mistake was not mine.

This is all on my mind in part because I yesterday finished compiling the numbers and documents to take to our accountant for 2018 taxes. I discovered by chance that it was the same day I got the job done in 2018 for 2017, September 4. We always get an extension, so that the project can hang over me longer.

What Happened to My Math Genes?

Particularly troubling, being good with numbers runs in my family. In this matter, I’m an outlier. My mother, her father, both my brothers, and all four of my nephews were endowed with a gift for math. 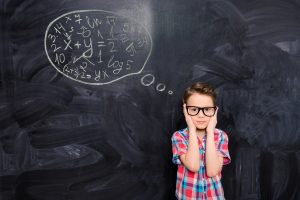 One of my cousins was a mathematician for the predecessor of NASA and later taught algebra; in fact she tried in 1963 at Chestnut Street School to teach it to me.

Maybe I could consider my lack of the knack a fair trade-off since I also missed out on the family tendency toward high blood pressure and cholesterol. (Perhaps the ability or willingness to plunge into arithmetic causes or is caused by circulatory problems.) 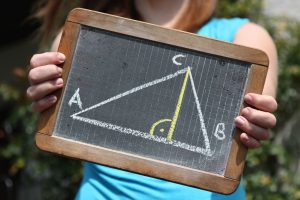 My youngest nephew was startled to discover that I didn’t know how to calculate the area of a triangle. He kindly made excuses for me: “Well, you’re a writer.” He’s impatient with his current math course and wants to move on to calculus NOW!

Of course I’ve asked google about my problem. The Washington Post tells me that girls are much more afflicted by math anxiety than boys. But then there’s Mom who placed out of college math and was the finance person for the family business.  Once in her 95th year, she was a dime off in balancing her personal checkbook. She left it and went to take a nap, but couldn’t get to sleep because the error was bothering her. She got up and went back to figuring until she found that dime, then went to sleep. After her memorial service, her close friend of similar age talked about how they loved to get together and “talk about numbers.” 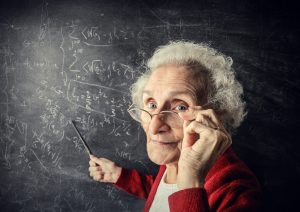 The math whiz relatives are also adept with words. It’s not right.

Another contradiction to the gender factor: my psychologist husband thinks he’s worse with numbers than I am. And he had to get through statistics to get his Ph.D. In this regard, we are a mess. 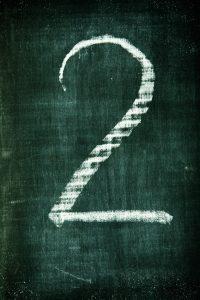 Are Numbers Real? No One Knows

By chance, after my day of dealing with tax matters, I ran across an article last night in Scientific American titled “Numbers Game: Philosophers Cannot Agree on Whether Mathematical Objects Exist Or Are Pure Fictions.” Naturally, I raced enthusiastically through that article. It appears that math objects would be “real” if they “exist independently of human minds.” So far, no one has found a way to figure that out. (Ha! So the abstract math folks are finally stumped!)

What is a Mathematical Object anyway? “Mathematical objects are what we talk and write about when we do math,” says abstractmath.org. “Numbers, functions, triangles, matrices, groups and more complicated things such as vector spaces and infinite series are all examples….”

It’s not just a lot of schoolgirls who don’t like these objects, who develop a lifelong fear of math.  The Post, quoting from a paper in the journal Plos One, also points out that numbers can make lots of folks jumpy.

Neuroimaging studies, they pointed out, have revealed the powerful brain response a geometry quiz can trigger. The anticipation of a math problem “is neurally equivalent to the anticipation of physical harm in adults.”

Ever so foolishly, I once tried to learn how to sell mortgages by phone; my brother Franc had a mortgage business and I had a phone. I was not a success. It was a mortifying experience.

Staring Down the Lifelong Fear of Math (Doesn’t Work)

Continuous exposure to the feared object does not necessarily make the fear go away. Maybe that works with elevator phobias, but not with 3, 5, 7, 9, 12, 22, 70etc. They’re all odd numbers to me. 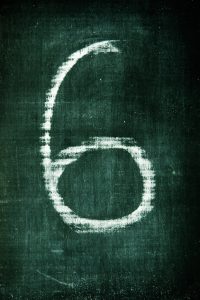 Now that I think about it, Nicholas, you once suggested that I focus on feeling fine rather than what needs fixing. Maybe that’s the deal.