To My Young Friend Peggy: From Author Dan Wakefield

A reaction to my recent post, The Touchy Subject of Getting Old and Possibly Dying, comes from Dan Wakefield who turns 85 next month. Dan is a dear friend and the author of best-selling novels Going All The Way and Starting Over, both made into feature films. He created the NBC prime time TV series James at 15  and has published half a dozen books on spirituality.

He also has a sense of humor (I have not discovered a way to live forever ) and — a rare honor — had a park recently named after him in his hometown of Indianapolis. Opinions expressed are distinctively his own.

I didn’t know my friend Peggy’s age till I read her blog on “Getting Old;” I only knew she was a lot younger than me. When I learned she was only sixty-eight I wanted to explain that she has just reached maturity! “Getting old” doesn’t begin till you’re past eighty. 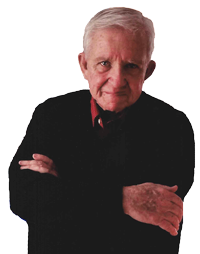 There is no way to ease the pain of close friends dying. I still reach for the phone to report something to my oldest friend who I knew since high school and then remember he checked out two years ago. When I was a kid in my fifties I knew a man who was ninety-four who lived alone at the Harvard Club and told me the worst part of his age was that he had no one to talk with any more – no one, that is, who knew the times he knew.  The great fear of many friends who are eighty and over (I will unaccountably be eighty-five this year) is not death, but living and being incapacitated. A great friend and writer I know can no longer move any part of his body including the fingers that wrote stories, novels, scripts, and now reports that trying to speak words into a machine “comes out like a first draft.”

One of my heroes is the writer Seymour Krim, a star of the New York literary scene of the 1950s (What’s This Cat’s Story?) who allegedly was a suicide, but a few weeks after his obit appeared, I got a letter from him. He said he didn’t want me to feel sad, that he had learned he would no longer be able to physically care for himself, to live as he had his whole life in a studio in The Village, and so had chosen the help of The Hemlock Society to end it. The rest of the letter was like a pep talk – he had reviewed and loved my last book, and he urged me to “keep up the good work.”

I believe it unfortunate that few states allow their residents to make such a choice without subterfuge. However, I was intrigued that Peggy titled her blog “The Touchy Subject of Getting Old and Possibly Dying.” I was especially intrigued by “possibly dying.” I know Peggy is a spiritual person and has written of the wonders that kundalini can do for the sex life in her novel Cobalt Blue. If she’s found that the practice can lead to immortality I am sure a sequel – Beyond Cobalt Blue – would be a best-seller. It would also eliminate the need for the most difficult choice of all, including Hemlock or Dr. Kevorkian (see Kurt Vonnegut, God Bless You, Dr. Kevorkian.).

Dan Wakefield’s novels and his memoir New York in the Fifties are available as ebooks. He is also author of Returning: A Spiritual Journey. (www.danwakefield.com)