Finished Another Draft of a Novel: The Aftermath

Dear Nicholas, Once upon a time, when I finished another draft– first, second…fifth…tenth… –of a novel, I would have what I called a post-draft nervous breakdown.

It consisted of extreme sensitivity; sounds were too loud and irritations were infuriating. This would last about three days. I likened it to driving a car that suddenly loses its suspension system and starts banging over every bump in the road.

When I’ve finished another draft, as I did this past Monday!!, my experience is quite different, far more muted. I attribute this first to the drugs I now take for my supposedly mild case of OCD, also to the fact that I’ve been through this post-draft experience a lot of times now and I have mellowed into some detachment from the whole process.

Still, it is no small event. This particular draft was arduous. I cut 20,000 words, for one thing. And it took me a year and a half.

No post-draft nervous breakdown, but still some noticeable effects.

I clicked Save on the document Monday night after a nine-hours-straight reading-and-tweaking binge.  (Usually six hours is the absolute max I can ever spend writing fiction in a day.) Then:

The ironing. Tuesday, I started ironing clothes, some of which had been awaiting my attention since April. 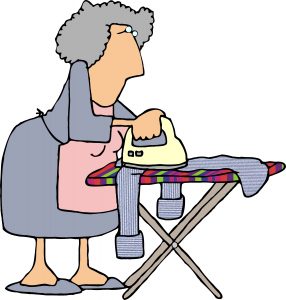 I ironed with such vigor that I might not have needed to plug in the iron. 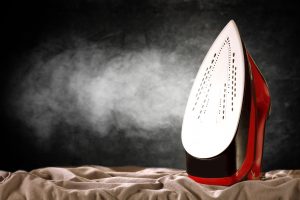 The taxes. Wednesday I took on catching up the bookkeeping for the second half of 2017. I’m the CFO for husband Bob‘s practice and for my own small business. As usual, we got an extension on our taxes. Pulling out that mass of receipts—-coping with the shame at procrastinating and the fear of my own marginal competence with numbers–took my full reservoir of determination. But I got a lot of it done. 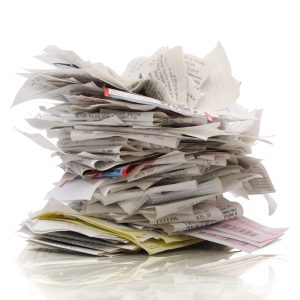 The crash. Thursday, I settled down on my sofa with laptop in front of me to start work on a different project. I woke up over four hours later still holding onto my computer. I’d slept through a two o’clock appointment.

Friday was busy with previously scheduled events that left me no time to feel unmoored.

I now dare to think I’m hitting a plateau of normal. I did have one thought that reminded of the old days of dramatic aftershocks. I had a flash of an image of clear filament like fishing line that had been holding my internal organs in place and now was gone. With that, came the plaintive question: now what’s holding it all together?

That moment passed quickly. I don’t need the long-running trance of a novel-in-progress to keep myself assembled.

But it is remarkable what a powerful force such a trance is.

Through holidays, vacation, travel, other projects, as long as the draft is in progress, the entrancement holds. The sense of mission or purpose, remaining unbroken for so long, creates an underlying state of mind, a sort of dreaminess aimed at problem-solving. Don’t know how to describe it any better.

What doesn’t happen at the end of a draft is the ever-anticipated euphoria. From repeated experience, I know this. Nonetheless I continue to expect it every time. This time I do feel a happy satisfaction.

I’d welcome thoughts on this subject. Does everyone experience withdrawal from a big project? 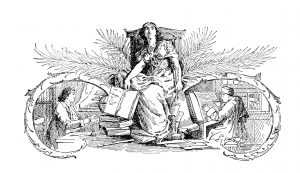