Communicating With The Spirit World? 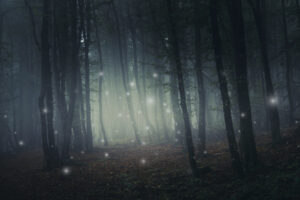 Dear Nicholas, The biography of a mystic I’ve been working on for years has led me in a curious direction, attempting to do my own communicating with the spirit world. The only big surprise so far came during a business phone call. You could say I received a message, though not the way I had in mind. Here’s the story, excerpted from the book manuscript, which is now partly a memoir. I’d love to know what you make of the phone conversation at the end.

Because Elisabeth Chant said she communed with the dead, I’ve felt a need to try to do the same. Or perhaps more likely, I became increasingly fascinated by Chant in large part because she claimed this knowledge and skill that I want. 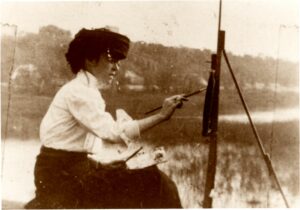 My desire does not grow from an urgent need to have a particular conversation with someone who has died. Instead, I want to know that my loved ones have lived on, that I will be with them again. I want to know for certain that I will live on. In spite of my Methodist upbringing and my continuous spiritual search, I am not completely sure. Instead, I have a restless wavering trust that we do continue and I want to know now what’s “on the other side.” Are we finite or are we infinite? For me, it’s the largest question.

I’ve read that writers are more prone to communications from the spirit world, but nothing of the sort has ever happened to me. I did “hear” the voice of the main character—Natraja, born Estelle—as I began writing my second novel Sister India, but I received her messages in a silent form, as if she had written them. And it wasn’t as if I were simply copying her words; it was more as if I were laboriously drawing them up in sentence fragments from a deep narrow well. But Natraja was not based on anyone living or dead. Not that I’m aware of, anyway. What happened for me as I wrote in her voice happens for many novelists with particular characters. I view it as part of the creative process and not at all supernatural. But it was the closest I’d ever come to the experiences some have that do seem supernatural. 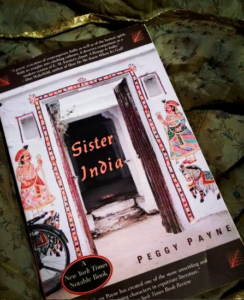 A successful writer friend who sees apparitions and hears voices of the dead had given me a book about dreams saying she had a feeling it would help me in my search for Chant. Since her feelings are so often on target, I read the book Why We Dream: The Transformative Power of Our Nightly Journey by Alice Robb, which led me to keeping a detailed dream diary, an indirect tentative first attempt at seeking spirits. I am not convinced that spirit communication is possible; perhaps what seems to be such an experience is instead telepathic information from a living person about the dead person or simply imaginings. I do believe in telepathy and imagination. Yet people I trust swear by the ability to be in contact with spirits. And I’m open to finding that indeed it is possible and that it happens. I’m less sure I can learn to do it: I fear my skepticism and need of evidence, of proof, will stand in the way. I do have the advantage of believing in my own experience over that of received wisdom or dogma. I’ll be convinced if I can do it myself.

The Door of Dreams

In many of my dreams, people who have died showed up. My parents appeared several times in the first six weeks of keeping track. A former literary agent of mine was featured in one dream as was a woman who had owned a local bookstore. Literary critic Cleanth Brooks, whom I interviewed once decades ago, made a cameo appearance. I did not sense their presence as different from others in the dreams or feel that any carried a special message for me; all seemed part of the same dream stuff created by my sleep-state mind. Yet I continue to have hopes that dream-watching will lead me to some understanding that will help in this spirit-seeking undertaking.

Next I embarked on a more direct effort to learn to raise the dead, using as my guide a book You Are a Medium: Discover Your Natural Abilities to Communicate with the Other Side, by Sherrie Dillard, one of the mediums I’ve consulted about Chant.

She sets out a detailed method that therefore feels more promising than simply dreaming,  searching my mind, and hoping. 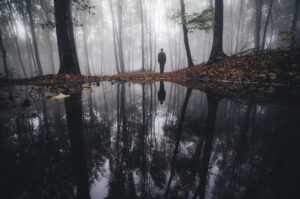 The basics of the first step, which is where I’ll likely be for quite a while, are in brief summary, to:

*Afterward write down impressions from meditation

*Spend several minutes writing down every thought that crosses your mind

*Return to meditative state with each exhale re-clearing the mind

Additional advice: best to repeat this practice at the same time and place every day.

My place is the futon couch in what I call “my back room”, which is also the guest room and home of the ironing board, the rolls of wrapping paper, the batteries and sketch pads and stacks of books to read next. My aim is to hold my solo seances before I start work in the mornings, but the time has tended to slip and slide.

Here I have gone through this procedure once a day for twenty-two days, I have invited the spirits of my parents, my grandparents, my childhood caretaker, two aunts, a couple of friends, a couple of cousins, and Herman Melville, as well as that of Elisabeth Chant. Medium author Dillard suggested seeking different people in order to sense the differences that each personality produced.

The most distinct impression I received, the one most uncharacteristic of my own imagination, occurred in my first session. I tried to reach the spirit of my father, who died in 1978. 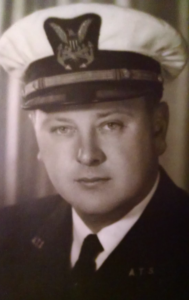 As soon as I sank into the meditative state for the second time in the hour, I “felt” a pair of hands reach into my chest and for a moment cradle my heart. It was a sweet and welcome sensation, in no way shocking or dramatic. This was Daddy, or at least my imagining of him. The experience had a feel to me of “otherness”, of not coming from me. The sensation was clear and strong, without obvious trigger in my thinking. It was a moment with distinct edges, relatively clear stops and starts, compared to the imagery of the endless flow of thought, the ongoing inner observations and stories. I felt I’d made a start at what I was seeking, and felt a sustaining touch, but it was far from hearing a voice from outside of my head, of seeing a spirit in the room with me.

The Smell of Smoke

In the subsequent twenty-one days, I sensed other glimmers that faintly hinted of something other than me. Efforts to reach Chant produced an image of gray hair and of her walking hand in hand with a man who says he senses her presence in our shared office building. In seeking one cousin, I heard in my mind the clink of pool balls; with a dog-breeder friend, the click of dog nails on a floor; with an aunt, I felt a moment of unusual stillness and “heard” the words “It’s easier on the other side.” With Granddaddy came the smell of pipe tobacco, with Melville, the smell of wood sap and smoke. I “heard” my  mother, who often talks in my head, say, “This is silly.” But then that comment could have come from skeptical sardonic me. And if she were truly speaking to me, she couldn’t think the idea of spirit visitation silly; instead she’d be proving the truth of it. Any of the things I’ve sensed in these sessions could be based on conventional knowledge of the people whose spirits I sought. And now I recall that one of the prescriptions in this method was “don’t analyze.” I find it hard to refrain.

The Telephone Shocker: Communicating with the Spirit World?

Then came the startling event. Minutes after I wrote the foregoing paragraph, I was on the phone with a book agent. We’d moved from business to other matters, including my husband’s health. This is a woman I’d never met, with whom I’d had a few phone conversations and emails, who lives on the other side of the country. We were making get-better-acquainted small talk and health was a major subject in the book we had been discussing.  With no change of tone in her voice, she said, “I get a tingle at the top of my head when I’m starting to know something.” She told me then that my husband was going to be fine, that he’d get through recent problems and be all the stronger. Then she said, “Ken. Does he know a Ken?” Yes, indeed. Bob and Ken were in practice together for decades. They co-led therapy groups and published a paper on co-leading. 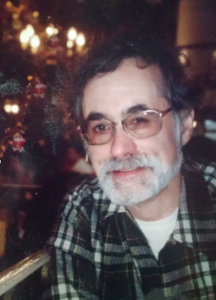 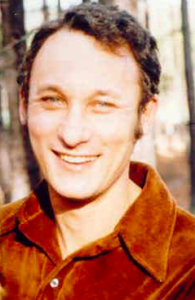 Ken died in 2002, eighteen years prior to this phone call. “Ken is watching over him,” she said. “He cares about him very much.” 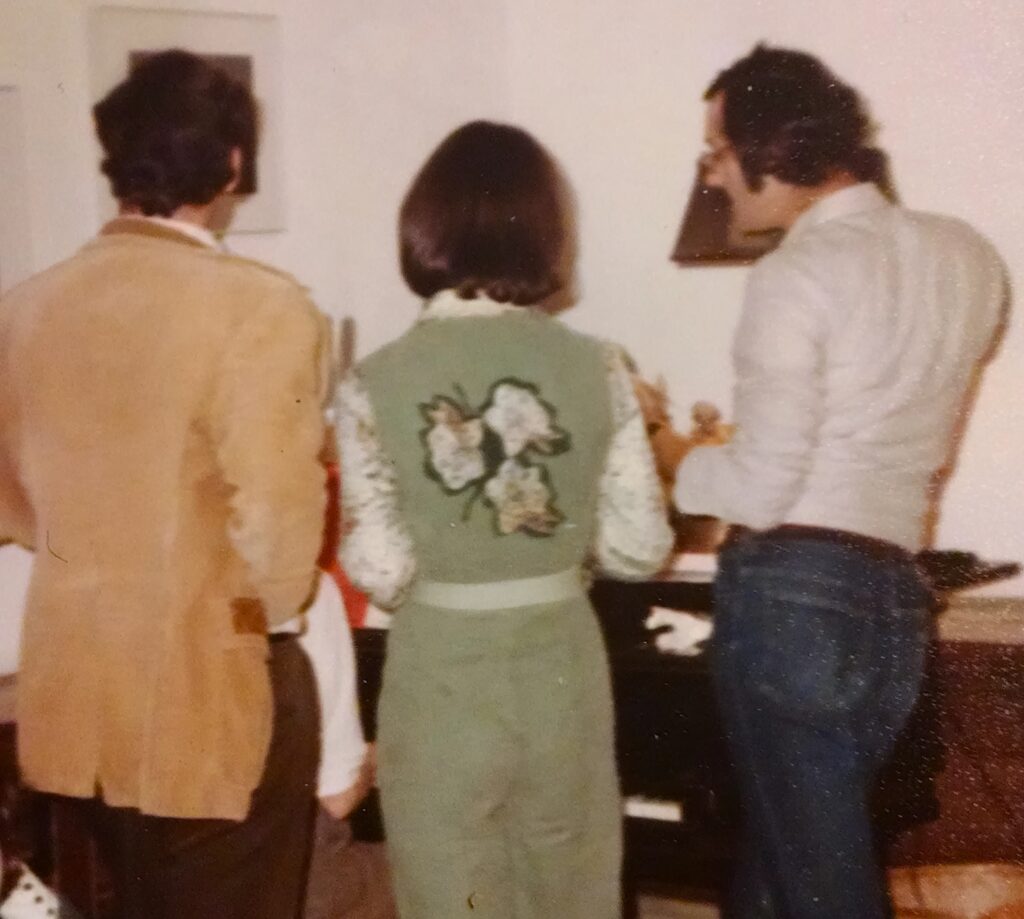 A coincidence? A bit of guesswork? Seems unlikely. I’m tempted to cultivate a tingle at the top of my head. Maybe it would help me. This woman, in the course of a friendly business conversation, apparently had been visited by the kind of experience I’d been working daily to find. She had made no effort; it had simply happened and she told me about it, in the same unsurprised natural manner. Perhaps some people have a gift, are natural receivers, and I am not one of them. But I’m sure glad to know that Bob’s health is fine and that he has a sort of “guardian angel” looking after him.

What do you think of all this?

Tags: Alice Robb, biography of a mystic, book about dreams, calling spirits, communed with the dead, contact with spirits, dream diary, dream-watching, Elisabeth Chant, guardian angel, invoke divine spirit, meditative state, natural receivers, otherness, received a message, seeing a spirit, seeking spirits, sees apparitions, sending love, Sherrie Dillard, spirit world, telepathic information, the other side, tingle at the top of my head, voices of the dead, Why We Dream, You Are a Medium