When my uncle Luther Taylor was taken to hospice three weeks ago, he said on arrival to a nurse, “How long is this going to take?” He was an adventurous and matter-of-fact man, also sick and ready to go.

At his grave yesterday, on a warm and beautiful February afternoon, his daughter, Methodist minister Tuck Taylor-Loveland, recounted a moment with him when she was a small child and first grasped the fact of death. She was upset at this news and climbed up into his lap, said, “I don’t want to die. I don’t want you to die.”

He, a religious man, said: Well, most people, if you asked them whether they wanted to be born or not, would probably say, No, I’ll just stay here where I am. But think of all we’d miss if we weren’t born. Death is like that, he said.

Sitting at his bedside a few weeks ago, Tuck felt another connection between the processes of birth and dying. This is what she wrote then (and which you may have seen on my Facebook page– I do treasure it):

I’m sitting by my father, listening to him breathe while he sleeps so deeply. He is at that stage of the death process that his breathing is erratic. Long pauses between breaths catch my attention- now? Is the time now? No, he takes another breath. I relax. Sort of. The pauses are increasing in frequency and duration. This feeling is familiar. It feels like waiting for contractions when I was in those last days of pregnancy.

Waiting for death is a lot like waiting for birth. The first time I realized this was 11 years ago, sitting by mother as she journeyed toward death. It was just 2 years after my last son had been born, and so, not far below my emotional surface, were the feelings of anxious anticipation, of knowing life was getting ready to change in a drastic way, of monitoring every physical change, of knowing the time was nearing and knowing, too, that I had little to no control over the timing of this life force. I was surprised, and a little disturbed, to feel so intensely these same feelings (but with sadness) as I sat by mother’s side, reading her her favorite scriptures and inspirational writings.

And now I sit again, waiting for death, aware once again of the impending change that will happen very soon in my life, and thinking again of the weeks and days before my children’s births. It’s an odd phenomenon. Waiting for death, remembering birth, similar feelings, yet located on polar ends of the emotional spectrum. And yet why shouldn’t these experiences be similar to one another? It is a time of great life transition and intense emotion. The journey toward both is holy, and challenging. The essence of the God of Life, the alpha and omega, is present and revealed. New life, second chances, grace, mercy, resurrection, hope, peace, joy. Love. New life is coming. But this time, as with my mother, my heart is breaking. 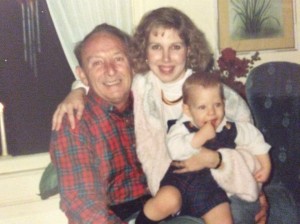 And a second story — of birth of the body. In my last post, I mentioned a book-in-progress by Diane Brandon on people reporting memories of their own birth. In response to that, I received an email from writer Beth Browne, she has given permission for me to share. It seems she may have been one of those that Uncle Luther described as being hesitant about entering this world. 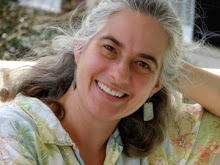 As a very young child, I had a recurring nightmare. I wasn’t old enough to be able to think ahead to dread it, although I always woke from it gulping for air. Because I was so young, the dream is difficult to describe, but I know this: It always started out exceedingly pleasant. I had a sensation of smoothness that seemed like white, only not blinding, just pure, easy and content. I felt blissful. It was so good, a feeling of total comfort and ease.

Then, without warning, something changed. There was a tremor in the vast happy whiteness, just the slightest shift, barely noticeable. Then back to the easy contentment. When it came again, the creases lasted a little longer, were a little more noticeable. It was as if some decay was occurring in my surroundings. What was smooth and clean became brown, ugly, crinkled. I hated it. I wanted it to stop, but it came more often, for longer periods, inexorably increasing. There was no pain, but it was terrible. I couldn’t stop it.

Faster and faster, the periods of horror increased in length and frequency until finally, the pleasant part was gone entirely and I woke up panting. Once I was awake, the feeling of terror subsided slowly as I realized the dream was over. I must have had the dream many times, because I remembered it into adulthood, although I can’t remember the last time I had it.
I don’t remember who first asked me if I remembered my birth, but the question somehow brought up the dream and my adult self suddenly realized that the dream must have been a memory of birth. I don’t know what the uterus would look or feel like from the inside, or whether it wrinkles during contractions. I can’t explain the sensation of brown-ness, but that is definitely a clear part of it.

I wonder if death will be a reversal of this process, the discomfort of dying slowly giving way to a peaceful ease.

Thank you, Beth Browne, Tuck Taylor-Loveland, and Luther Eddice Taylor, who always loved to fly, his hot air balloons and the plane he built himself.