Dear Nicholas, I’ve stumbled onto a radical view of freedom, and the truth of it seems to be taking me over. The source is a book: The Untethered Soul by Michael Singer.

The main idea is: live life from the deepest part one’s self, and from that vantage point, notice one’s emotions and the chatter of the inner voice, feel the feelings, and then let both feelings and thoughts drift on by. 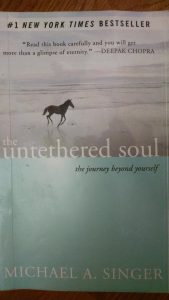 Sounds to me like a constant meditative state maintained while living an active life. Also, it sounds difficult. And the author does not give specific directions on how to do this.

A Message That Soaks In

Even so, I feel the message of the book installing itself in me, as if I’d downloaded it, as if it were rising into my personal operating system from below. I visualize this process not in computer terms, though, but more as rising waters starting to float me. 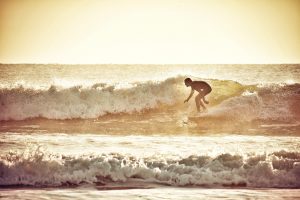 This main idea is similar to that in a book highly recommended to me some months ago: Abandonment to Divine Providence by Father Jean-Pierre de Caussade. This eighteenth- century spiritual classic describes the relocating of the “self” in theological terms, as giving one’s will to God.

The Untethered Soul, while devoting the last chapter to God, could serve as well for non-believers. Though I’m a believer, I found this contemporary book was the one that spoke to me, that affected me profoundly.

In the author’s words, “The only way to inner freedom is through the one who watches: the Self.”

A Personal Experience on a Medical Table

An odd occurrence years ago set me up for the idea of an inner watching Self. I was about to be knocked out for a medical test. The doctor had just plugged the sedative-bearing IV tube into the port in my arm. I was starting to fade when he mentioned my novel Sister India, saying that he hoped reading about India would relieve him of any need to go.

I loved my time in India and tried to rally my consciousness to tell him so. With all my powers of  concentration and mental strength fighting the sedation, I laboriously got out a few halting words: “It’s…a…good…place…to…go.”

When I heard my simple hard-won sentence, an intelligent voice from somewhere deep inside me said in an affectionate and genial tone: “Well, you sound like a dummy.”

The doctor said, “I know it is,” in the indulgent inflected tone you might use for a toddler.

My deep inner voice, still amused, said, “He does too.”

That moment has given me a sense that there is an untethered “me” that lives behind my usual consciousness and it is undimmed by drugs. It’s my un-ethered soul, if you can stand a bit of word play. It can’t be knocked out. That’s my small personal experience of immortality and I find it disproportionately sustaining.

An Attempt to Distill Some of the Other Ideas

There are corollaries to the basic idea in The Untethered Soul. Some of these argue:

*That to live a full life, we need to reside in our deep center and stay “open” to the present moment, without shutting down acceptance of what is happening. (This present-moment practice is an idea you’re pretty strong on, as I recall.)

*That this openness, without clinging to past experiences, is the source of happiness deep in one’s self, even when bad things are happening.

*That feeling pain rather than warding it off allows it to pass.

I’m not satisfied with this summary. Nor should you be. Do read the book if you haven’t already.