The Source of Sexual Energy

I keep an eye out for what’s new in the world on the subject of kundalini. As you may know, my novel Cobalt Blue focuses on the creative and at the same time disruptive power of this life force, by the Sanskrit name of kundalini, rising to flood level in an unsuspecting woman. 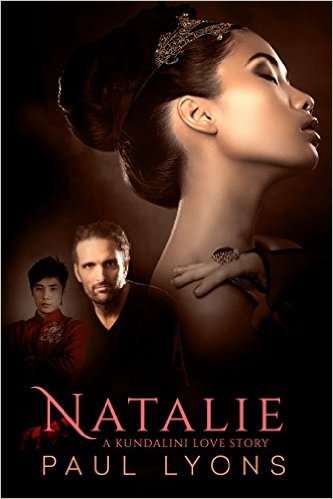 I was primarily interested in how this author presents the tantric concept of life energy. Here are a few snippets:

According to the Tantric texts quoted in The Serpent Power, it’s when Kundalini enters the spinal channel, the susumna, that Her transcendental nature takes over from her physical nature, because the spinal channel is more than something physical — it is “subtle as a spider’s thread, pierces all the lotuses that are within the backbone, and is pure intelligence.” ….

My spine ached in the current of stinging brightness. Pinpoints of light staticked behind my eyes. The heat in the room was up way too high. My head was a hot blur….

Something triggers Kundalini; something subtle but also vast; something without characteristics yet potent … the stasis (outside creation) of the desire from which creation springs; the intelligence, in a universe made of intelligence, that pre-exists everything; the stillness at the heart of the sexual act. …

All words till it happens, but it can happen anytime, anywhere: on a frozen sidewalk, in a dysfunctional act of love — it can begin in any state of mind or body no matter how fucked-up it may be.

“From being alive,” he said.

Not everyone buys (or has even heard of) the idea of kundalini, a reservoir of energy at the base of the spine that can rise through the chakras to the crown, leading to higher consciousness, enlightenment. My own belief is at the level of a persistent feeling that: there’s something to this… they’re onto something here….

But whatever we make of this concept, I find intriguing the question — a koan, or Zen riddle, almost — of what it is in each of us that lies waiting for the stimulus that then triggers desire. There’s something that precedes the reaction to the sexy image or touch. What is it? I feel as if I’m struggling to swim through clouds as I formulate the question.