Jung and Me: Gnosis, Hypnosis and Writing Novels 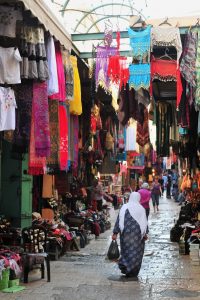 Dear Nicholas, Here’s a piece I wrote a while back about Jung and me–Carl Jung being patron saint of most artsy-dreamy people. Given your own work with hypnosis and writing, I thought you might be interested.

To write a novel is to sink repeatedly into a waking dream.

A trance experience I had while lying with a group of strangers on my living room floor gave rise to my first published novel, Revelation.

I was fairly newly married then to my psychologist husband, Bob Dick. I’d taken a day off from work to watch him run a seminar on self-hypnosis at our house.  When your spouse is a psychotherapist, there are few opportunities to see them work.

On Our Living Room Floor

So, I wasn’t there with any particular goal for my self-hypnosis. I was simply taking part: zoning out — or, more accurately, zoning in — while Bob, perched on the raised hearth of our fireplace, spoke his hypnotic induction.  The group, fifteen or so people, was sprawled all around me. What Bob was saying suggested relaxation, inward-turning, going in our minds to whatever we each found to be a comfortable place. He suggested that we see, hear, feel, smell, taste the details of that place. He offered no guided imagery or scenario.

I closed my eyes and found myself almost instantly in a dream world, fully furnished and seemingly real. While lying on my back, I felt myself walking from our house down the two-rut dirt road — we live in rural Chatham County, North Carolina — to the mailbox.

Three Letters in a Dream World

In the box were three sealed envelopes. I began to open them. In each was a photographic image and a sentence to explain it. The images were all odd, the sort of random unintended photos we used to take with old-fashioned cameras to be sure the film was winding correctly. One picture was life-changing. It was of a place I’d physically visited years before: the intersection of two covered streets in Jerusalem, where vendors were selling dates from a barrel lid and soccer balls from a suspended net and a jumble of other wares.  In the waking dream, I was back in that place as a disembodied consciousness watching from up near the ceiling. 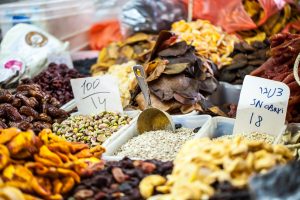 Jerusalem market, dates and such

The image in the envelope had become a movie I’d entered. As I watched, a long line of Indian women in brilliant silk saris, each a different jewel color, approached and began to pass me.  As each woman came past my watching place, she turned her face away from me.

Then, in my mind, I was back at the mailbox, holding the image and the sentence that came with it.  The message said: “You tried so hard not to be a preacher.”

It was true that I had some years earlier “gotten religion” of a liberal Christian sort, and the idea of the ministry had exerted a flickering pull. I resisted for several reasons: I like to write, to work alone, and to be my own boss. I’d gone to a lot of trouble to launch a career as a freelance writer.

What I thought when I read that message was: well, I guess I have to write the novel about the preacher.

I did, starting the next day, using as a first chapter most of a short story I had recently finished about a troubled minister in a liberal Chapel Hill church who heard the voice of God even though he didn’t believe in that sort of thing. The morning after my hypnotic dream, I typed Chapter Two and began, which meant entering and re-entering a waking dream and writing as I dreamed. The vastly expanded short story became my novel Revelation.

The other two envelopes remain a mystery. One contained an image of small stone figures, rough primitive sculptures. I don’t know what the accompanying message said. By the time I opened my eyes, I had also completely forgotten what was in the third envelope.

That first image in the first morning’s trance prefigured much of what I’ve written in the more than thirty years since.

My next novel was set in a Hindu holy city, a choice I had made years before I ever arrived there.  I had been to India once, attending a Society of American Travel Writers convention. Prior to that meeting, I had planned to travel to the holy city of Varanasi, or Benares. But monsoon flooding made it impossible to get there at that time.  With a backward northward glance, I instead spent those days far to the south near the tip of India.

I never lost sight of the pictures I’d seen of Varanasi, the long curve of old maharajahs’ palaces along the Ganges.  In photographs taken from a distance, they seemed to float like a mirage. 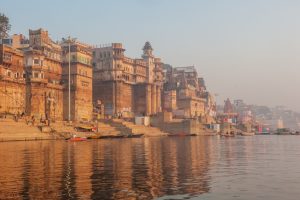 Finally, I arranged to go back to India, to Varanasi, by deciding to set a novel in this city I’d never visited and getting an Indo-American Fellowship to spend three months there doing the research.

In addition to feeling a pull from this over-3,000 year-old pilgrimage site, I was fascinated by holy water — I grew up at the beach. As a Southerner raised in a Protestant church, I was also curious about the overt daily religiosity in both India and in the traditional American South.  (A friend of mine who moved to North Carolina from Chicago said that in her new home city of Raleigh, she was repeatedly and at first perplexingly asked, “Where do you go?” Of course that meant, what church are you a member of?)

The line of Indian women in my trance dream led me finally to my novel Sister India, about a woman who tries to run from trouble in North Carolina to hide out in the most far-flung and exotic and seemingly serene place possible: a holy city beside a holy river.

My third novel was going to be a light bedroom comedy. My heart was tired; I wanted a break from such intensity.

Of course, the story transformed itself into my most emotionally arduous series of trance dreams, one that lasted for years.

The main character of Cobalt Blue was to be an adventurous middle-aged woman, tired of living on an artist’s income who cheerfully decides she will turn a few tricks in her small conservative home town.  Hilarious — or so I thought.  Andie became instead a dispirited artist seized by a tumultuous spiritual experience that at first leads her into unwanted sexual compulsion.

I did not know what this spiritual disruption could be or if such a thing had ever happened to anyone.

Then one night, sitting alone on my porch, listening to a hard summer rain, I said to myself, “It’s kundalini.” I did not know this word. I had overheard it at a party some years previously.  A woman standing near me who was asked how-are-you? had made exaggerated gestures of despair.  The one who had inquired said to her, “Maybe it’s your kundalini.” The sufferer answered, “I don’t think I’m there.” That was my entire education on the subject, until it came to my mind again that night.

Of course I looked up the word. I found that in tantric tradition kundalini is the reservoir of psychic energy located at the base of the spine. People who activate it without being prepared are easily thrown off their rails, sometimes with sexual consequences. The word fit the story I had already written. 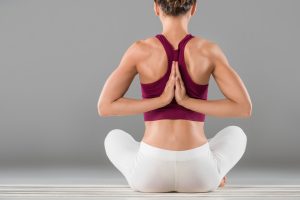 This entire sequence of my waking dreams fits what we know from study of Carl Jung: the gnostic idea that wisdom and knowledge are within us, that our personal wells of knowledge draw from a deep and vast shared aquifer, that dreams are numinous and full of riches, that hypnosis is mysterious and powerful.

My husband uses hypnosis as a tool in his practice (as I surely know that you do, Nicholas.) Bob finds over and over that it allows people freer exploration of their inner worlds.

Jung, a true gnostic, a believer in the inner sources of wisdom, found that as a therapeutic technique, hypnosis seemed to happen quite aside from his efforts. Giving a demonstration before a class, he saw his subject fall into deep trance before he had begun his induction.  She spilled forth a wealth of dream material, did not awaken when he tried to rouse her, then finally woke to hop up and show herself cured of seventeen years of painful paralysis in one leg.

The Mystery of It All

The cure, Jung reported in Memories, Dreams, Reflections, lasted. But what had happened was a mystery. “‘Flushed with embarrassment, I said to the students, ‘Now you’ve seen what can be done with hypnosis!’  In fact I had not the slightest idea what had happened.” And he didn’t remain a great fan of the tool, as you and I and Bob are.

What Jung did know — what a lot of us know, in part through his pioneering — is that there is immeasurable wisdom within — as well as the seeds of novels and epiphanies and inventions and cures and wonders yet to be known.

So now I’m going to take an absence of a couple of weeks from electronics. I’m hoping that this will clear the way for interesting ideas and images to well up from our shared inner resources, our unconscious Wikipedia. See ya there.