Feeling Overwhelmed: Email to My Therapist

Hiding out under my parked car

Dear Nicholas, The “feeling overwhelmed” situation cropped up twice in the last week. I made it worse by reminding myself that I have it so easy compared to millions of other people. Other people, for example, take care of a spouse with ALS while also raising children and holding a demanding low-wage job. That’s not even counting the overwhelmed Syrian refugees.

Obviously, overwhelmed was a feeling I “shouldn’t” have. So I Googled “feeling overwhelmed” and found an impressive number of tips for feeling capable and in charge: a total of 42 on the first page of results.

13 questions to ask yourself from Oprah

17 Things to Do When You’re Feeling Totally Overwhelmed from Inc.com

5 Tips That May Help from PsychCentral.com

From Forbes.com: 7 Things to Do If You’re Feeling Overwhelmed

THE BEST OF THE LOT (FOR ME)

Most relevant question from Oprah site was: “Am I Breaking Out Because I’m Stressed Out?” Well, yes, I did. Within a half an hour of my hitting a low point, a madly itching patch of little blisters had broken out on my left hand. Healed pretty quickly, I’m happy to say.

There was one idea among these lists that I hadn’t thought about: working in relatively brief focused surges, an idea attributed to Tony Schwarz in The 90-Minute Solution.

Most of the rest of the ideas were familiar: breathe, exercise, be grateful, be mindful. But where to get the willingness at such moments? (Note: there is anger threaded through the overwhelmed feeling.)

The best answer I found was in a link on the Oprah page titled “How to conquer your resistance to rest.” In that article, Martha Beck points out that “Humans are the only creature in nature that resist the pattern of ebb and flow.” One of her tips is to simply let the low emotional points happen, figure they’re part of the deal.

I think this is the heart of the matter, this resistance to rest. The resistance is no doubt caused by the feeling that I’m in control and can’t go to sleep on the job. But in fact, the world continues to turn when I skip out and read for fun or putter in my garden (my favorite forms of rest.) Still, it feels a little dangerous in excess. 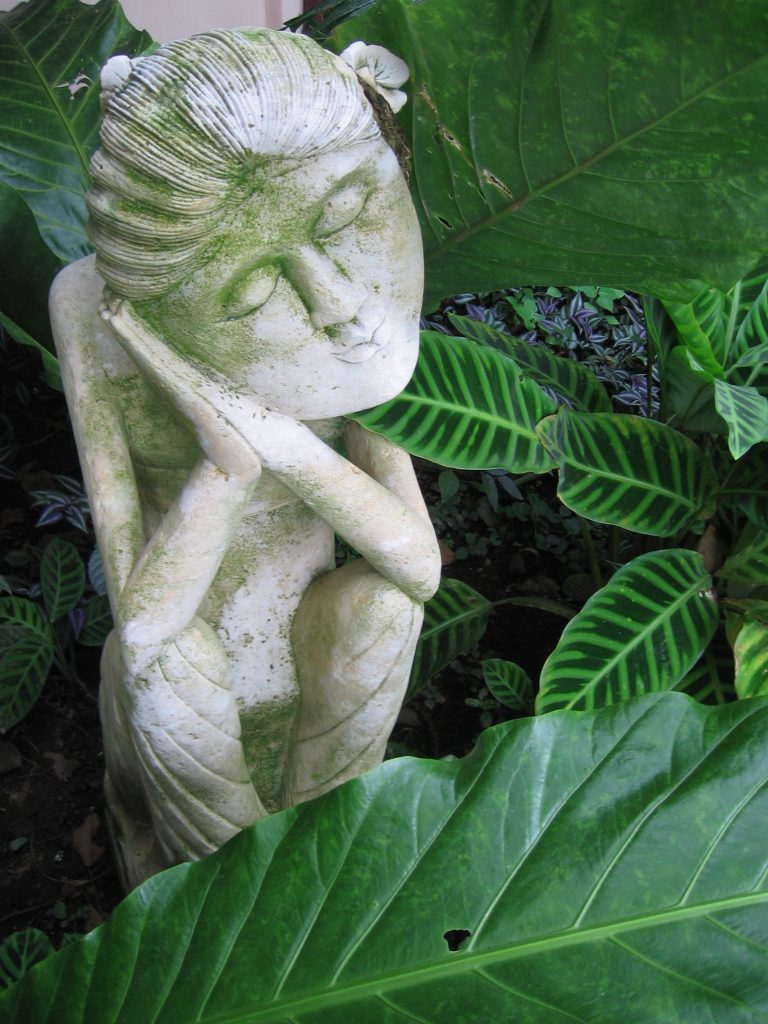 In Costa Rica, near an active volcano

I remember something you, Nicholas, said a while back, that I should rest more in order to work better. Chilling makes for better work. I don’t doubt it. Still it feels a little dangerous….

Plus, there’s stuff I’ve promised to do. More rest is going to require better planning, I fear. Not only am I supposed to rest, but I need to put rest on the calendar. That’ll take two surges of courage. I’ve resolved to do this before and then the resolve dissolves. A couple of months ago, I felt I’d slid into a more easy-going way about the writing biz. What has happened is that I’ve felt more detached from results, which is important and useful, but I have worked just as many hours.

A DEAL WITH MYSELF?

Maybe I need to write myself out a contract and stick to it. A key provision in the contract has to be: no comparisons to the far-more-crammed-full schedules of others.

So, write a contract: I’ll put that on my to-do list.