Are There Genes for Climbing Over Fences?

Dear Nicholas, I realized recently that my mostly-wonderful genetic inheritance from my mother (including rather sturdy physical health) also includes a quality of being ever-so-slightly reckless. I now need to tame that particular gene.

I don’t mean that she was racing motorcycles or rock climbing without ropes. 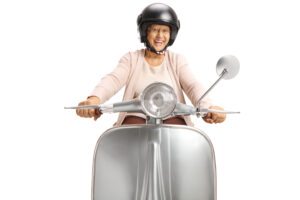 Instead, she drove fast and ran when walking would have done. She was bold in business, and that was starting in the 1940s. And so on.

I cherish the good I’ve gotten from that legacy. And I decided recently to modify one piece of it. I realized I had a choice in the matter. 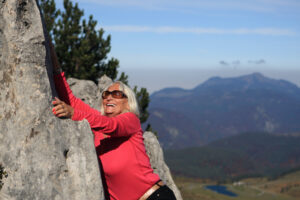 What made this clear to me was a recent mini-adventure.  Visiting family in Krakow, Poland, a few weeks ago, I decided to take a walk around the neighborhood. The pastel stucco houses set close to the edge of the narrow street were so appealing. But I found that the gate from the side yard out onto the street was locked and the key was not handy. So I climbed over.

Did Not Win Gold 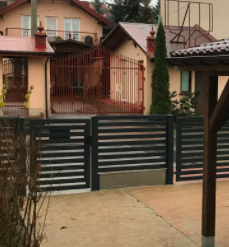 The actual fence in question

It was no great athletic feat, stepping up on metal rails, maybe four feet high, slinging one leg over, then the other. However, as they say in the Olympics, I did not stick my landing.

Instead I staggered into the street and fell hard in front of a parked car, with, as a final flourish a half-somersault. No damage done. For a day, one hand was sore. For a week, an impressive bruise.

But the little episode gave me pause.

I was glad that the parked car wasn’t moving. And I decided that, since I’m not planning to refine my fence-climbing skills, that wee adventure was an unnecessary risk.  (My stepson Chuck volunteered that I wasn’t likely at risk of neighbors calling the police, since people climbing out are less suspicious than people  climbing in.)

The incident made me realize that my mother would have been young as a healthy fifty-year-old up until five days before her death at ninety-six, had she not had a few falls, the last of them at age ninety-four while looking for a flashlight in the dark when the power at her house went out.

The Mom Genes Are Mostly A Good Thing

I do like a can-do spirit. And there’s no reason why age (my own being merely 73 at the moment) should interfere with that.  But I’ve seen what a bad fall can do. My little tumble into the street was just a reminder.  In future, I’m only going to climb fences when I really need to. Otherwise, I’m going to go inside and get the key.

Be it firmly resolved….