#MeToo? I Guess So

Dear Nicholas, I haven’t posted a #metoo or written before about the upwelling of sexual harassment accusations because I’ve never felt traumatized by the minor incidents in my life. However, recent news does stir my  memories and I have to get down one thing that happened long ago.

Really, It Was Almost Funny

Back when I was a reporter at The Raleigh Times, a man who was a regular news source for me asked me to lunch and in the same conversation mentioned that perhaps my competition, The News & Observer, would get to break a story I’d been wanting. I felt he was subtly threatening me if I didn’t have lunch with him. 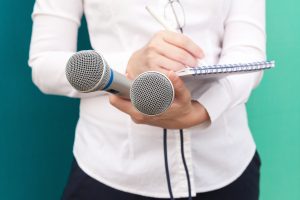 I agreed to go to lunch (he was an attractive and interesting guy, he didn’t need to threaten me.)

But then I decided to give my editor a heads-up in advance in case I was going to get beat on the story; I had no plans for lunch to become anything more than lunch.

So I went into the managing editor’s office and said, “This guy is after me.”

Well, yes, that was true. But so what? I realized after I went back into the newsroom that I’d left out the point. I’d neglected to mention the linking of getting together with him and getting the news story.

It appeared I’d gone to my editor to complain that a married man had invited me to lunch.  I felt embarrassed and ridiculous.

Maybe I Made It Up

My next wave of emotion: I started thinking I’d probably misunderstood and this nice guy hadn’t meant to threaten me and why was I talking/thinking bad about him.

So I went to lunch with him, managed to arrive a half hour late, making myself a too-troublesome-to-bother-with target for harassment. He didn’t propose any more get-togethers and I got the story I’d been after.

The episode didn’t end there.

Here’s what a reporter would call the “second day story,” the follow-up. Many years later, the man’s name came up at a dinner with people I hadn’t known before. One woman said, “He was fired, you know.”

Vindicated! And at the same time, I wondered why I had questioned my perception. So many other women posting #metoo have said the same thing: I thought maybe I’d misunderstood.

What’s wrong with us that we think that way, that we don’t trust our own experience?

Pondering all this, other incidents that are less equivocal have come to mind. Once when I was sitting in the press section of the State House, a passing legislator leaned over and firmly grasped my leg at mid-thigh and said hoarsely at my face, “How’re you today?” I stared at his hand. I wanted him dead. 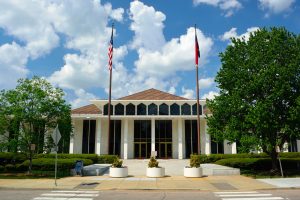 Decades later, I can still see that thumb. As it happens, he did die, but it was  years later. Here’s an important distinction: I’d never found him attractive.

I was attacked once on a dark side street in Quebec City. A man came up behind me and did a quick grab, Trump style. He said, “Viens avec moi.” Come with me. 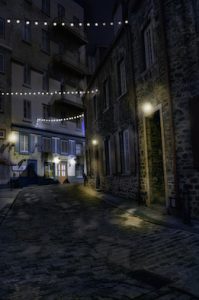 Up ahead the street T-ed into a wooded cemetery. No one else was on the street. I foresaw rape and murder.  I whopped my shoulder bag across his face as if I were swinging a bat, (clobbering with a pocketbook seems in retrospect so Blondie-esque, of the cartoon Dagwood and Blondie.) I’d meant to hurt him, to knock his head off, but he stepped back and kept backing and chuckled. We ran in opposite directions.

Not A Workplace Issue

But that wasn’t harassment. That street wasn’t my workplace; my professional advancement wasn’t at risk. It was simple assault, and  he wasn’t very serious about it.

That night, I went on to my hotel, relieved that the moment had come to nothing. Then the next day, I was walking
along in the sunshine feeling fine, until I heard footsteps come up close behind me. At the sound, a wave of adrenaline turned my legs weak, my heartbeat suddenly loud and fast in my ears. The innocent pedestrian walked on past, posing no problem for me. I was astonished by my intense bodily reaction. It occurred without a single conscious thought crossing my mind. When I calmed down, I was fine again and had no further response to the incident.

The one time I could say that I had any lasting trauma came ironically from violence that may not have even happened. While I was in Varanasi researching my novel Sister India, riots broke out in the city over a Hindu versus Muslim conflict. There was no English-language newspaper. My news came from the grapevine, from neighbors talking. I heard that on a nearby street women had been pulled off a rickshaw and hacked to death. 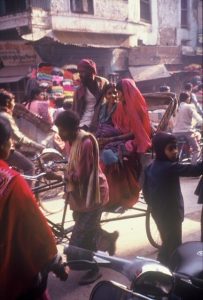 Did that happen? I had no way to be sure. But images of what I pictured happening on that street dogged me for two years after my return to the U.S. These were quick flashbacks, over and over, of an imagined event. Each time one rose in my mind, I felt a visceral response, a physical recoil.

The experience of those imaginings was worse than anything that had ever happened to me. They amounted to real and repeating shocks for me, whatever the facts of the matter.

At Thanksgiving dinner, one of my sisters-in-law and I decided that there needs to be distinction in the levels of accusation now being made. Pinching a butt once thirty years ago is pretty much nothing in my view, and it shouldn’t be equated with the cases of alleged rape. If I’d pinched a guy’s butt thirty years ago (and who knows, I may have), I’d be seriously angry if my picture repeatedly showed up in line-ups with accused rapists.

A distinction also needs to be made between unwanted sexual advances and mere overtures. An appropriate overture, verbal or physical, welcome or not, is simply an invitation that one can accept or not. What’s important is that there be no coercion at all and no overtures in any situation where one has power over another and the cost of saying no is high.

I’ve never been a male-basher. Some of the nicest people I know are men. And on the whole, I’ve been approached by men in a rather decorous manner.  I’ve sometimes been flattered by a bit of male audacity. Not long ago, I was pumping gas and I felt a light touch run partway down the length of my back.  I turned to look and the man was already several feet past me heading for his own car. He looked back and smiled and said, “Beautiful.” He was about thirty years younger than me, nice-looking, a seeming kindred spirit, professorial in tweed. I said, “Thanks,” and felt good. I took no offense at all. I hope we’re not on the road to stopping flirting.

How to wrap this up? Really I just wanted to get it down and off my mind. I think I’ve said what I needed to. It’s now 3:32 a.m. I wasn’t getting to sleep and this stuff was rattling around in my mind so I got up to put it down here. And now to sleep… I hope.